This event will now take place on 14 November 2020

Given by Prof Susan Long, on Zoom
“The Unconscious — the evolution of an idea”

“The Unconscious — the evolution of an idea”
In this lecture, Prof. Susan Long explores some of the origins of our thinking about the unconscious and how its conceptualisation has changed over time from its philosophical underpinnings, through Freud and Psychoanalysis, into understanding broad group and societal phenomena. The unconscious is a transformative idea and provides potential explanations for what seem often to be intractable personal, work and social issues. She will illustrate how some of its conceptualisations can approach these issues.

Susan will build towards the question of where new conceptualisations such as those within neuro-science, biosemiotics, social dreaming and the associative unconscious stray from the formulations of Freud and where they extend the potential within psychoanalysis and its earlier underpinnings. 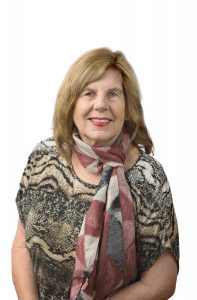 Susan Long is an eminent Melbourne based organisational consultant and executive coach. Previously Professor of Creative and Sustainable Organisation at RMIT University, she is now Director of Research and Scholarship at the National Institute for Organisation Dynamics Australia (NIODA). She is an associate of the University of Melbourne Executive Programs and teaches at INSEAD in Singapore and the University of Divinity in Melbourne.

Susan works internationally with executives from many different countries, different sectors and with professionals from diverse industries in her role as either teacher, consultant, supervisor or coach. She has over 35 years of experience with Group Relations, having directed many conferences.

Susan has also held several leadership positions in various professional organisations: past president of ISPSO (the International Society for the Psychoanalytic Study of Organizations), Inaugural President of Group Relations Australia, and President of the Gordon Lawrence Foundation

She has published ten books and many articles in books and scholarly journals, is General Editor of the journal Socioanalysis and Associate Editor with Organisational and Social Dynamics. She is a member of the Advisory Board for Mental Health at Work with Comcare and a past member of the Board of the Judicial College of Victoria (2011–2016)

The Eric Miller Memorial Lecture was set up in 2003 to honour the contribution that Eric Miller made to the establishment and development of OPUS. He supported Sir Charles Goodeve in founding the organisation in 1975, with the aim of encouraging us as reflective citizens to use our own authority. He created the acronym OPUS and was Policy Adviser from 1975 until his death in 2002.
Category: Eric Miller Lecture

There are no reviews yet.

This site uses Akismet to reduce spam. Learn how your comment data is processed.