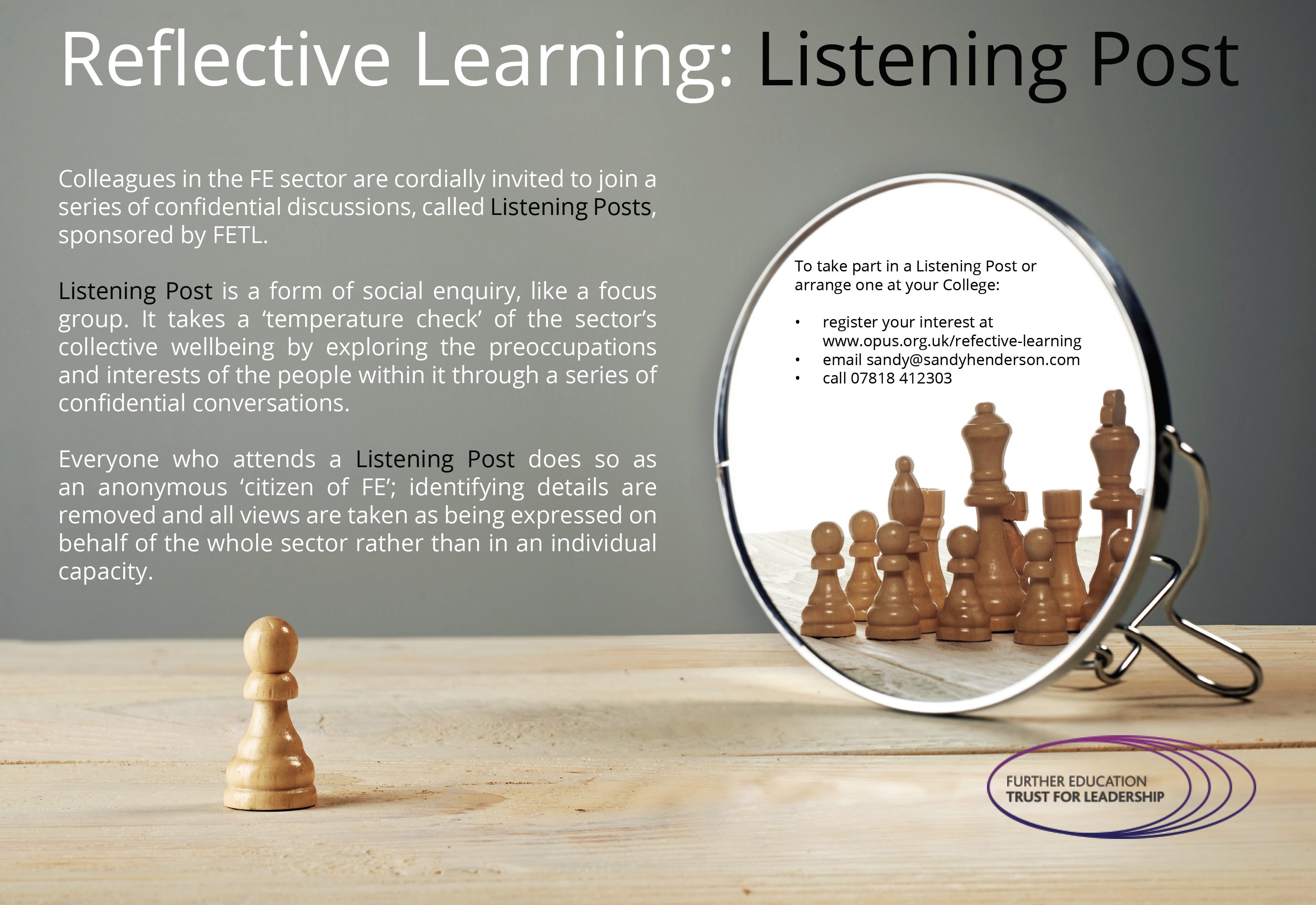 Reflective Learning is a series of confidential discussions, called Listening Posts, involving a range of colleagues from the FE sector.

Listening Post is social research tool, similar to a focus group, that seeks to surface the cultural norms and assumptions at play within organisations: the unwritten rules governing the ‘way we do things around here’ that are invisible to everyone who follows them.

Listening Post was developed by OPUS in the 1980s and has been used ever since not only as a diagnostic tool for decoding organisational dynamics but also as a bellwether of societal change.

Its sole data source is unstructured conversation, using two groups (one listening, one talking) who swap over after 30 minutes.

All contributions are anonymous and all identifying details are removed: Listening Post treats the conversation as an expression of the whole organisation or system rather than of the individuals within it.

OPUS is an educational charity operating since 1975 to promote understanding in society. It encourages ‘reflective citizenship’ as a way for people to take greater personal and collective responsibility and authority for the common good through active contributions to society (and its institutions) rather than self-interested behaviour.

OPUS sustains its charitable objects through a combination of education and training, academic research and publication and organisational consultancy and coaching, as well as by communicating its findings to a wide audience. Its Listening Post methodology is now in regular use in more than 30 countries around the world.